Note: B.B.A, M.B.A (Regular) B.Com, M.Com, B.S.C.S, M.C.S, B.Ed, M.Ed and classes in some other disciplines in Sciences will be commenced from Spring Semester, January, 2014.
Submission of Application Form for Admission:
Admission form can be obtained against payment of Rs.200/- from Habib Bank Turbat Branch, Habib Bank University Branch Sariab Road Quetta, office of the Principal Degree College, Panjgur, Degree College, Gawadar, Inter College, Pasni. Form will be available in the Banks from 25th June, 2013 onwards. Form can be obtained sending a self addressed envelope alongwith a draft Rs, 250/- in favour of University of Turbat latest 15th July, 2013.
In all programs admissions are restricted to limited seats. Only those applicants who fulfill the entire basic eligibilities and pass the entry test will be considered on merit for admission.

Duly signed admission form in duplicate completed in all respect alongwith two sets of educational documents, local certificate and ID card alongwith a draft or bank receipt of Rs.700/- in favour of Treasurer University of Turbat as non-refundable admission processing fee must reach to UoT.
Test Interview schedule will be announced through newspapers later on.
Note: University reserves the right to drop any course if number of candidates is less then the sufficient number to conduct the program/course . 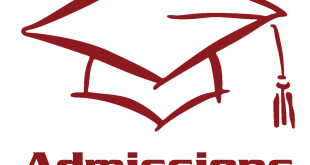 Please read out the above advertisement and you will get all details.